Reassuring moments around time of death

Recently I was called to meet with a family. The man at home, I will call him John, was dying and his wife and two daughters had just read my book, ‘In the Light of Dying, Experiences on the Threshold Between Life and Death’ (the Dutch language edition). Coincidentally, I’d been brought to their attention three times in one week by three different articles in which my picture seemed to speak to them directly.

We had a special gathering. It was moving how lovingly the three women gathered around John and how dearly they talked about him. I could tell John was very ill and that he was soon to die. I was open to all their questions and was able to aid them through the process by indicating what was going on. When we said goodbye, we knew that this was a one-time visit. 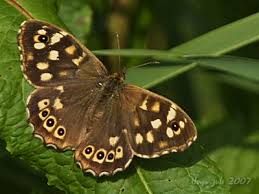 The next day, when  I was in my garden at around 1 pm enjoying the sun for a while and musing a bit, a white and brown butterfly  landed on my body,  exactly where my heart is. The butterfly stayed for quite some time while I watched it in silent wonder. The moment the butterfly flew away, it felt as if my crown opened. A sensation which I am familiar with, spread throughout my body. Immediately,  I thought of John. As soon as my thoughts took over, the intense awareness slowly faded away.

One week later, I returned from a short trip abroad, and found a message on my answering machine from John’s wife asking me to call her back. I called her the following morning and she told me she and her daughters were in the funeral car on the way to John’s funeral. I didn’t want to disturb her but she was keen on talking to me and told me that John had died after our gathering that same night while a palliative sedation had been foreseen for the following day at 1p.m.  I listened  in complete silence as she told me: ‘I kept thinking of what you had told us and that’s why I was able to stay with him in his darkest hours’. I told her how touched I was. We ended up the telephone connection, but my heart was with this family during the departure ceremony only one hour later.

The experience with the butterfly one day after my visit was too special not to share with this family and I didn’t fail to do so. A couple of weeks later,  I received a postcard with the following words: ‘Thank you so much for you lovely card. We were struck by your story about the butterfly, because this same butterfly has been present regularly ever since John died. It is with us every other moment. In the garden, on the edge of my wine glass, on the flowers at his grave and often, I  feel his spirit and know he is all right. […]

These are the special moments which are not only reassuring but also bear witness of something which goes beyond our daily consciousness.

Author of ‘In the light of death, experiences on the threshold between life and death’

About the Author
Ineke Koedam runs her own practice Weerschijn - for death and bereavement. She is an experienced hospice worker and trains workers in the terminal care. She is the author of In the Light of Death, Experiences on the threshold between Life and Death (ISBN 9789020209624.)
Social Share