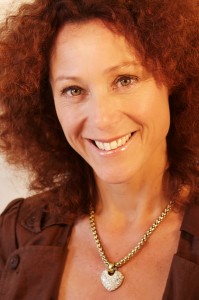 Ineke Koedam is a guide in death and bereavement  and former Hospice Coordinator. Since 2003 she has her own practice. Ineke trains care givers in the terminal care, and speaks and writes about dying, death and organ donation. Her extensive experience in caring for the dying and their families led to a wide range of training for volunteers and professionals in terminal healthcare. Furthermore, since 2010 Ineke is connected to the Foundation STEM as a freelance trainer (Dutch equivalent for Dying Matters).

From 2009 to 2011 Ineke Koedam carried out, on behalf of the eminent neuropsychiatrist Peter Fenwick (UK ), research on so-called ‘end- of-life experiences ‘. This resulted in the publication of her book ‘In the light of death, experiences on the threshold between life and death’ in the Netherlands (2013 AnkhHermes ). Released in English March 2015 and to be published in German (2016). In 2014 her book ‘A different view on Organ Donation. Explorations of the dying process’ was published. Ineke participates in the Advisory Board of the Dutch Foundation Reflection on Organ donation (SBO) and is a fellow of In Claritas.

It is her mission to contribute to the expansion of awareness with regard to death and dying,  and to diminishing the fear of dying which is so widely spread in our societies.
Ineke Koedam can give a lecture on inter alia: